On 11th October, German fashion house Hugo Boss reported that macroeconomic uncertainties and political issues in Hong Kong were discouraging customers from spending on the brands luxury goods. Following the news, their shares took a large drop of 13% after operations profits fell 5% YOY.

Hugo Boss continues to downgrade the projections of their yearly sales numbers, due to unrealistically high expectations. They released an update announcing that full year sales and earnings will be closer to the lower end of their current outlook. This update was released only after changing their prediction two months earlier, displaying a consistent downward trend. Hugo Boss has attempted to come out with new collections that had generally good feedback, however, they are selling more of their less expensive products such as their polos and tees, the Hugo Boss black label is failing to make progress. The new collections that they release are different than their typical classic look that their customers typically are attracted to the brand for, and overall has not experienced any significant improvement to their figures. Around a year ago, Hugo Boss announced that they aimed to raise sales by 5-7%, which is a relatively ambitious goal for a market that is only projected to grow by 3-4% a year. 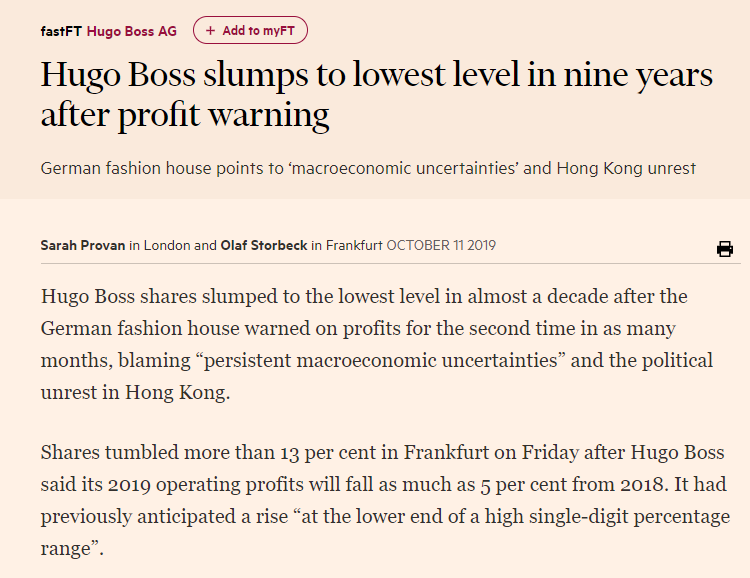 Through Q3-19, US channel checks portrayed fairly mixed results. These results have been showing largely negative trends over July and August with respondents turning more positive in September. However, the positive trends count a higher and greater China count which have reported performance that was in line with the expectations for the quarter. In the European market we continued to see a much weaker performance. This has been mainly recorded in Germany where respondents were reporting LFL declines in the region of 5% YOY. This was rumoured to be as a consequence of the opening of Hugo only stores which have cannibalised footfall from the traditional existing stores that were re-branded Boss black stores. The respondents we have talked to have said that the Hugo stores are seeing MOM sales growth of 10-15% while the Boss Black stores are struggling to even maintain their current sales levels. 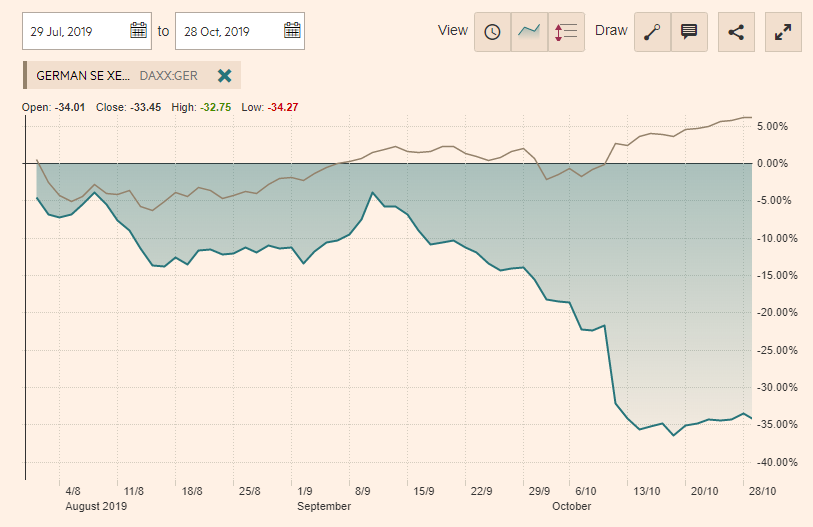 Uncovered discouragement from our channel checks enabled Woozle to make observations about negative trends in the industry. This decrease gave Woozle’s clients more confidence to short the stock in order to make significant returns. The main regions to report to us much better results have been the US and China with European stores continuing to report much weaker performance. Managers have largely reported that the decreasing ATV trends is a result of the growing popularity of the Hugo brand which through its more casual nature has reduced customers basket values. Through our proprietary primary research techniques, we were able to quickly identify the downfall in consumer sentiment and brand. In March this allowed Woozle to issue a short/sell recommendation that allowed clients to reap these benefits well ahead of the competition.