Woozle Forecasts Aston Martin’s Decline Ahead of Half Year Filings

Our short/sell idea on Aston Martin generated more than 24% investment returns for clients after the luxury car-maker reported Weak Sales and Rising Costs.

On 24th July 2019, Aston Martin management commented that they expect profit margins to be 8% for the fiscal year down from the original projection of 13%.

In response to this notice, the share price plummeted by over 20% just one week ahead of the half-year earnings report. Management reported wholesales down 22% in the UK and down 28% in Europe, the Middle East, and Africa. Overall, sales in the UK declined upwards of 9% YOY while costs continued to rise. 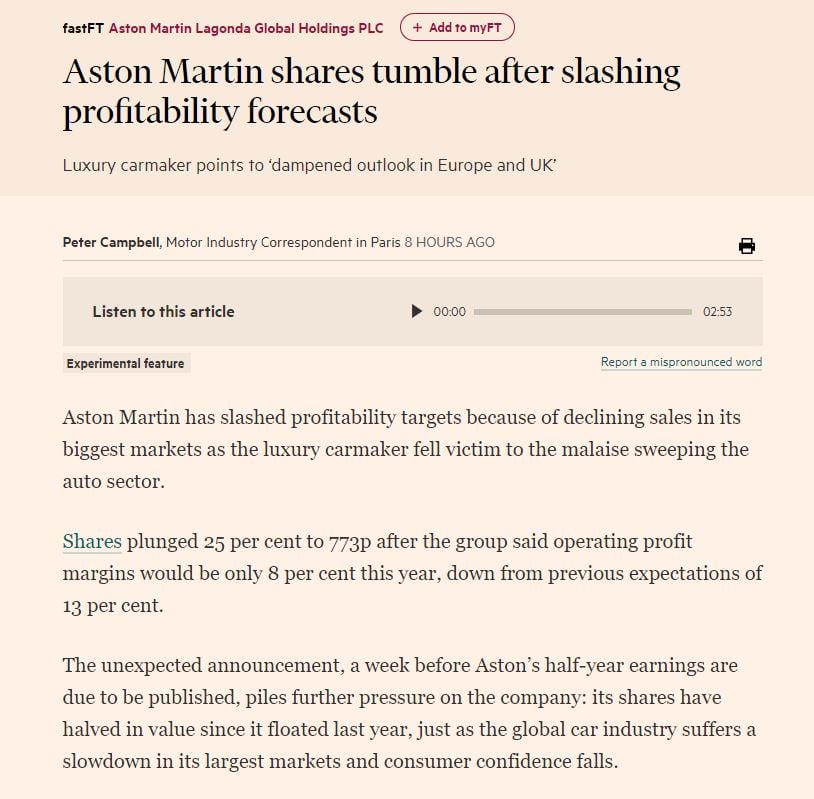 These results highlighted the disastrous decline of the luxury car maker driven by higher manufacturing costs, growing industry competition, and declining sales throughout Europe due to Brexit uncertainty and price raises.

Aston Martin’s management noted that automakers are suffering globally due to US China trade uncertainty, and “anticipate that this softness will continue for the remainder of the year.” 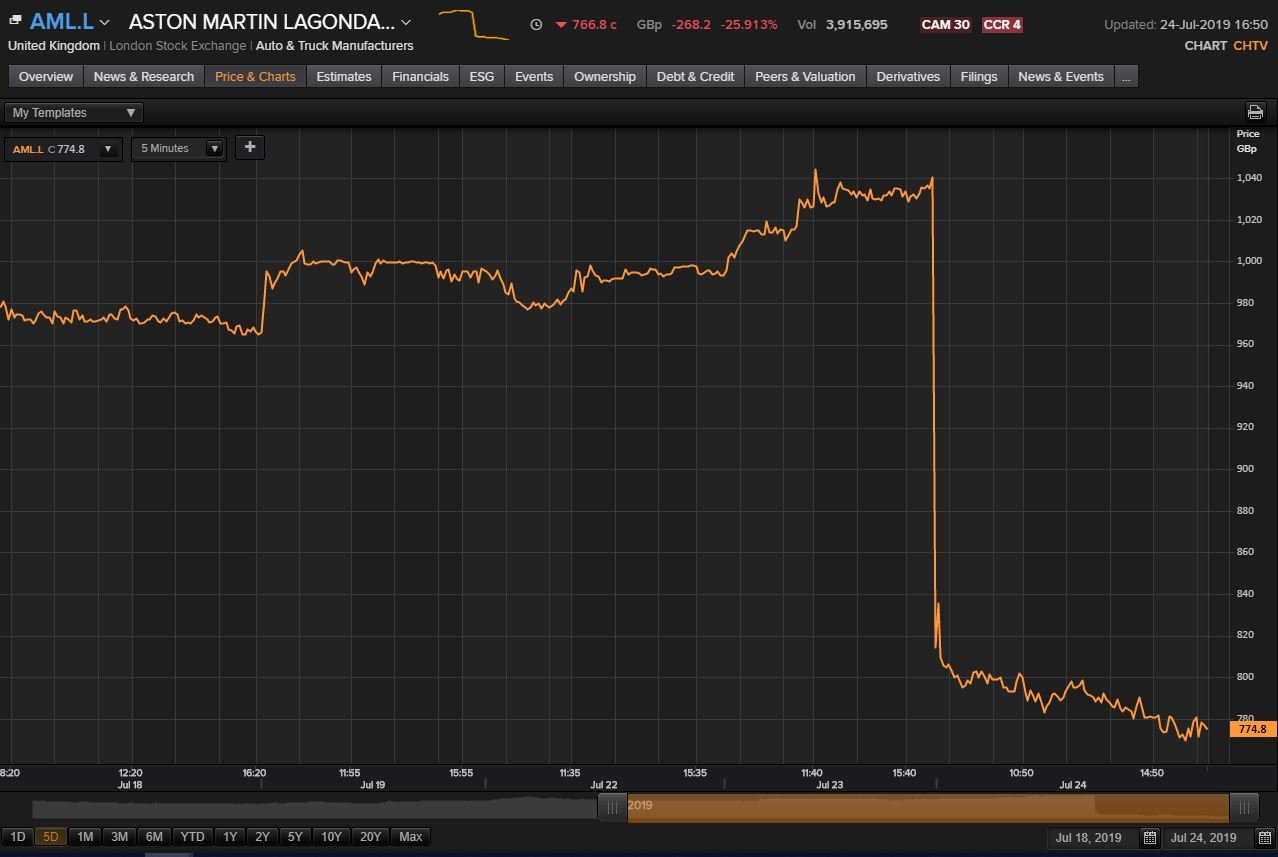 Woozle’s team of primary researchers uncovered evidence of continued decreases in sales across the EU and UK, declining consumer demand, higher manufacturing costs, a growing number of industry competitors, and a fading brand reputation for the British luxury car maker as a result of Brexit. 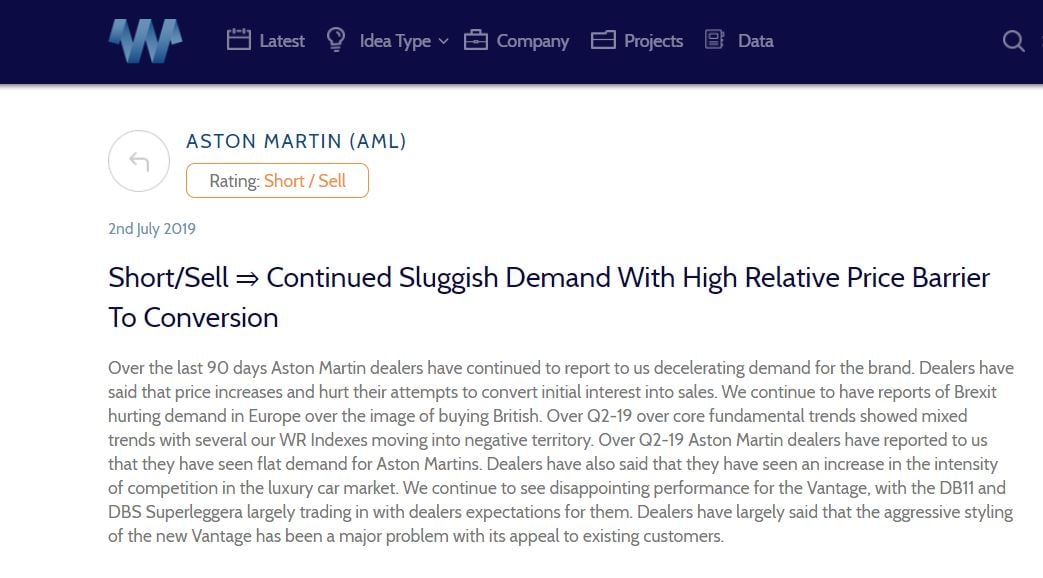 Clients were able to initiate or scale their short positions with plenty of time to capitalise on the more than 24% drop in Aston Martin’s share price in the weeks leading up to the results.